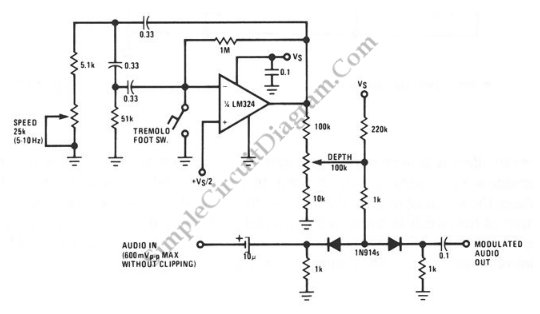 Using a LM324 and speed pot, the rate of phase shift oscillator can be set to 5-10 Hz. The two 1N914 diodes are used as voltage controlled attenuators. The resistance of two 1N914 diodes is modulated by a potion of the oscillator output which is taken from the depth pot. A undesirable clipping will occur if the incoming signal level is not restricted to less than 0.6 V pk-pk.